It is said that knowledge is power. Given that statement to be true, there are, and always have been, some powerful people connected to the Stocks’ family murders. A pastor by the name of Robert Marble was knowledgeable of facts that made him quite powerful in 1997.  Marble could have been a powerful figure in the lives of many had he only chose to be.  His silence rather diminished his power.

Robert Marble was the pastor at Concord Methodist Church, in Furlow, the church home for Joe, Barbara, Heath, and Heather. He had led their congregation since 1990, and was loved by all. More than a religious leader, Rev. Marble was also a friend, and he was certainly Barbara Stocks’ friend.

If the church doors were open, the Stocks family was in attendance, other than Joe who was often on the road as a truck driver. Both Heath and Heather were involved in church activities, plays, assisting with the little kids, etc. Church was a family affair. 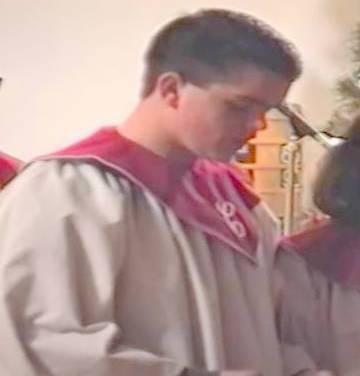 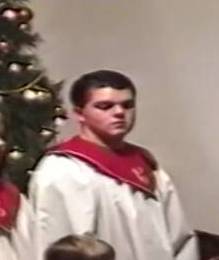 Over the years, Barbara sought counsel in Rev. Marble for numerous things and, in particular, her struggles with her son. A typical rambunctious boy, Heath kept Barbara busy with his antics and stubborn ways. Her need to speak with her pastor just shortly after Christmas was unlike any she had before. Barbara had uncovered what she believed to be a sexual relationship between her son and Jack Walls, III. [Read the Testimony of Annie May Harris at VIH, Barbara’s mother, in her statement at the Jack Walls’ Victim Impact Hearing, Jan. 22, 1998]

Uncontrollably and understandably, Barbara was frightened and in turmoil. She sought out Rev. Marble to discuss what she had witnessed. Rev. Marble was now aware.

On January 8, 1997, Barbara again sought out Rev. Marble to discuss the issue, stating to him, “we need to talk.”  According to Marble’s Transcript from Victim Impact Hearing at the same hearing, he recalled having told Barbara that he was “available whenever,” and to just “let me know.” Unfortunately, there would be no whenever, Barbara was killed in her home nine days later.

Shortly after Heath’s arrest for the murders, Rev. Marble visited him at both the jail and the Arkansas State Hospital. During each visit, he asked Heath, “why?” only to be told, “Jack told me to do it.” Rev. Marble never told anyone.

Barbara’s secret passed with her and, along with the secret, according to Rev. Marble’s testimony, the privilege held between he and Barbara evaporated. Free to offer up a motive, some reasoning, Rev. Marble chose to not utter a word.  A meeting was convened at Concord Methodist church during the first couple days of February, 1997, where numerous family, friends and acquaintances gathered together to exchange stories, memories and speculations. The fact that some individuals were even in attendance raises questions as to their own motivation for participating in the dialogue, which is a subject for another blog, another day.

It is not documented Rev. Marble’s participation, much less attendance, at this meeting at his church.  Did he convene the community, his congregation, to speculate the why’s?  Absent from the brief notes taken of this meeting is Rev. Marble’s knowledge of what Barbara Stocks had told him just days prior to her murder.  Heath’s troubles with teenage angst, girls, drinking, and other probable “negatives” were mentioned, but the fact he had been thought by his mother to have been in a sexual relationship with Jack Walls didn’t seem to be worth mentioning.  No way that could be an issue.

Reverend Marble contends clergy-penitent privilege as reason for his silence.  This privilege is the legal mechanism that prevents clergy or counselors from being required to disclose confidential communications in a court proceeding.  One of 41 states, Arkansas identifies clergy as mandatory reporters where child abuse is actual or suspected.  A privileged conversation is defined by the law as any confidential communication given to a minister acting in his or her professional capacity as a spiritual advisor.

The definition, according to the law, is detailed below, paying particular attention to item #4:

Given the definition and the facts as pertaining to Heath’s case above, there are numerous questions that arise from both Annie May Harris’ and Reverend Marble’s testimonies. Below are just a few – what questions do you have?

Heath Stocks is a victim of abuse. Abused by his Scoutmaster Jack Walls, abused by political influences, and subsequently abused by the judicial system. View all posts by Heath Stocks

This site uses Akismet to reduce spam. Learn how your comment data is processed.